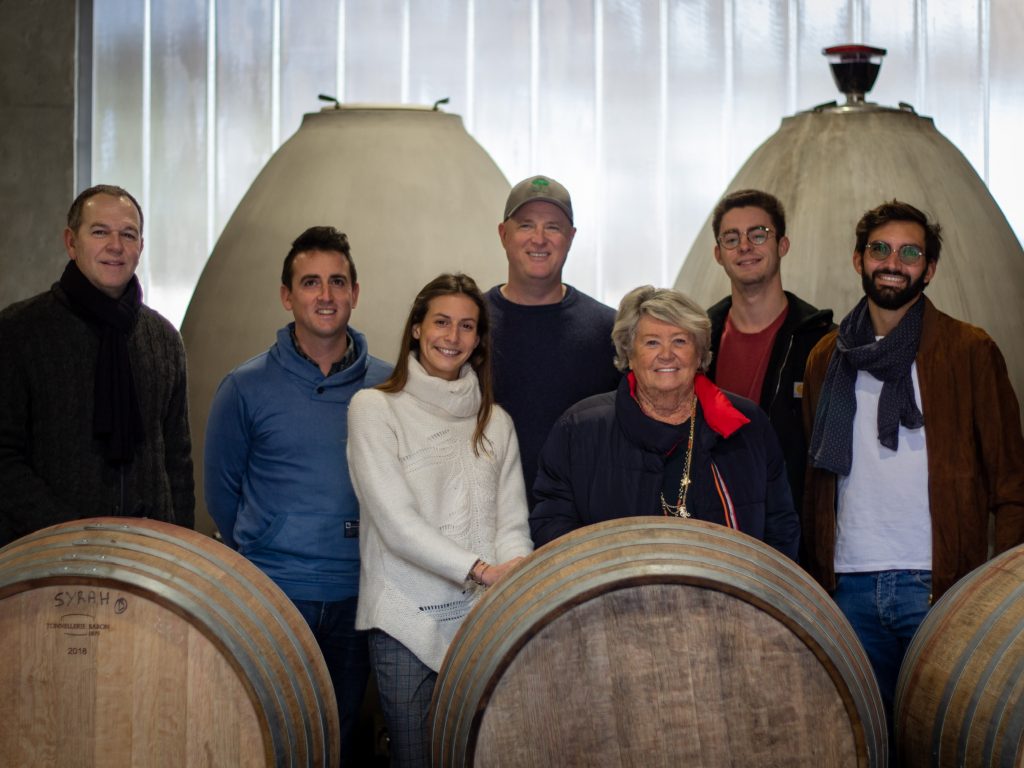 Like our vines, Stephen has American rootstock, but during the last fifteen years in France he has worked in communications, technology, and international relations before settling in the south of France to be a wine grower.  While the property has been in the family since 1964, Stephen conceived the project to produce high quality wines on the domain since completing his studies in Winemaking, Viticulture and Estate management at the Université du vin in Cotes du Rhone.  His vision has been enhanced by his team of top professionals from both new and old world wine industries.

A native of Bordeaux, Charles-Henry studied winemaking and viticulture at the CFPPA Gironde before cutting his teeth in Medoc at various chateaux vineyards.  His experience in organic and biodynamic farming has helped us to renew the vineyard, restore biodiversity and breathe new life into our soils.  Thanks to his skill and minute attention to detail and hygiene, he has obtained excellent results from our first wines produced in our temporary winery facility.

Valerie has over fifteen years experience in team administration and office management, and is in charge of the financial and administrative aspects of the project.  She has a passion for wine, and has followed specific training in agricultural accounting at the Universtié du Vin.

Originally from the region, Hadrien studied in the Bordeaux and Loire Valley vineyards but also in Hungary and Spain, before returning to the roots in Provence.

Léa is the « tropézienne » of the team, real ambassador of the Provencal traditions, she is in charge of the Ephémère’s organization.

Based in Napa Valley, but from Provence, Julien has been consulting on the farming and winemaking at Fondugues-Pradugues from the beginning. He brings his experience of more than a decade of working with some of the most highly acclaimed and sought after wines from the Napa Valley.  He brings a dynamic background of quality wine production, business management, winery development and infrastructure.

One of the leading talents in winery design in Napa Valley, our winery is his first in Europe.  We chose Juan Carlos based on his unfailing attention to detail and sober aesthetic.  His design has evolved over the past two years to include production buildings, tasting rooms, housing and storage buildings.

Pascal is the French counterpart to Juan Carlos, and will be taking the lead to build the winery.  Much more than just an execution, Pascal brings his artistic vision to the project and has proved to be the perfect French touch in  our old world / new world architectural fusion.